The Bee Network offers a smartphone mining app that requires you to open daily to initiate a 24hr mining period. You receive a standard amount of tokens plus extra for anyone in your network who uses your invitation code. The invitation code we are using at Crypto Enabler is: wesmilne

This is how some new cryptocurrencies are distributing their coins or tokens before going live on the /. Once Bee goes to mainnet the tokens will have a price tag and it will be too late to accumulate free Bee tokens.

The Bee Network is going OK. There has not been any updates or new features, unlike the Pi Network. They update their news feed now and again but as for blockchain, KYC, Staking or any other updates they are silent. We will continue to mine this crypto but the expectations are not great for the future. If they release any updates then we will update this Bee Network review ASAP.

Although the tokens will be very low in value once live the price will increase much quicker when compared to other new coins with zero holders. The more holders and utility the coin has the more valuable the Bee network will become over time.

The Pi Network was one of the first cryptocurrencies to start mining on a smartphone. Since then there have been numerous crypto networks started in the hopes to distribute their coins/tokens and become the best! Currently Pi is the No1 accumulation app that is and will continue to make positive news in the crypto world.

Created in late 2020, the Bee Network has become another fast-growing decentralized network, with over 10 million users downloading the app in the first few months. The Bee network coins are currently worth zero but they have plans for the Bee network from gaming to peer to peer transactions and other in-house services.

The more people who join the Bee network the less can be mined. So once they reach 100m worker bees, they will half the number of coins you can mine in one 24hr period.

This will make their coins more desirable on every halving, so the earlier you get the app the more coins and value you will have long-term.

Mining Bee Network: Mining Bee is not the same as mining on the blockchain, for example, Ethereum or Binance blockchains. A blockchain needs users to perform transfers. B the Bee Network is not on a blockchain you are not mining in the same way. You are just accumulating tokens/coins ready for when they become live on the mainnet for buying and selling.

How To Get Started On The Bee App

All you have to do is download the app from the App store. Once you have downloaded and confirmed your smartphone number you are ready to start earning the base rate. You can then increase your mining rate by inviting others to join the app. Later on, you will get a chance to confirm your YC, I believe they are doing this now and when it is your turn they will notify you within the Bee Network App.

Listed below are the various roles of each user, depending on their network size. There are two levels:

Is The Bee Network A Scam?

No, the network is free to use and receive their coin, although many reviewers are claiming it to be a scam, it’s not! You do not need to pay any funds, but you will need to confirm your identity before you can start using the bees accumulated over the mining period/s. Yes, the mining ability on the app will be removed once there are enough users and they have moved to the mainnet. But this network is far from being a scam!

Does The Bee Network Have Potenual/Utility?

Yes, the bee team are busy in the background working on their network, they update from time to time but we are only in the early days. Because there is such a huge adoption of the Bee app there is huge potential once this coin makes it to mainnet. With well over 10 million worker bees mining every 24hrs, the benefits of owning bees could be huge in as little as a few years.

The Total Supply Of Bee

This has not been determined as of yet. Although once the mining period has ended and the network has reached 100 million users they will publish these details.

This will be based on the number of coins accumulated before they close the mining section of their app. But expect it to be large, with 10 miners accumulating daily the number of tokens will drastically increase, the more miners signup the more tokens will be added to the overall supply.

Current Reviews Of The Bee Network

On many websites such as Trustpilot and Reddit, the Bee network receives good reviews and feedback. Although there is always impatient users complaining of “When Mainnet?” Just remember to keep mining and accumulating your Bee coins. There is a lot of interest in these mining apps, this will also become apparent once Pi is live and trading.

Final Review Of The Bee Network

Here at Crypto Enabler, we encourage you to accumulate as many free coins as possible, because you never know what the future holds. With the crypto world becoming even more mainstream, these free to use smartphone mining apps could be their weight in gold.

If you do not mine you will not receive your bag of coins and we all know what happens next! Be sure to start ASAP and do not miss out by using our invitation code: wesmilne and get accumulating Bee coins today. 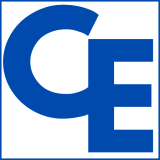 We are the Crypto Enablers helping you discover new tokens and altcoins that have potential and utility in the real world. Our mission is to expose scams and inconsistencies so our readers can avoid the many scams being used to make you part with your investment. We have many years of experience in the world of cryptocurrencies, so if you have any requests or enquiries then feel free to contact us here.

This site uses Akismet to reduce spam. Learn how your comment data is processed.

We are not day traders and will not give out financial advice, all our information is based on research and our experience in the crypto world. Only use our information for educational purposes only and avoid risking money based on the information we provide, The Crypto Enabler Team!